This wiki resource provides best practices documentation for all collection and granule metadata concepts supported by the Common Metadata Repository (CMR). It is intended to support metadata authors as well as provide general guidance to those seeking information about CMR supported metadata.

The wiki is organized by metadata concept as specified in the Unified Metadata Model (UMM) and includes information such as: required metadata fields, definitions for each metadata concept, best practices for populating each metadata field, guidance on how to use controlled vocabularies, and the revision history of the UMM metadata schema. Also included are a detailed mapping/crosswalk between each UMM metadata field and the corresponding field in each CMR supported metadata standard. Supported standards currently include ECHO 10, DIF 10, and ISO 19115-2 (in NASA specific MENDS and SMAP "flavors"). Click here to jump directly to the documentation.

While UMM-C and UMM-G are separate entities, some elements are common to each profile and are therefore modeled using UMM-Common.

Currently, this wiki resource provides documentation for elements found in the UMM-C, UMM-G and UMM-Common models. 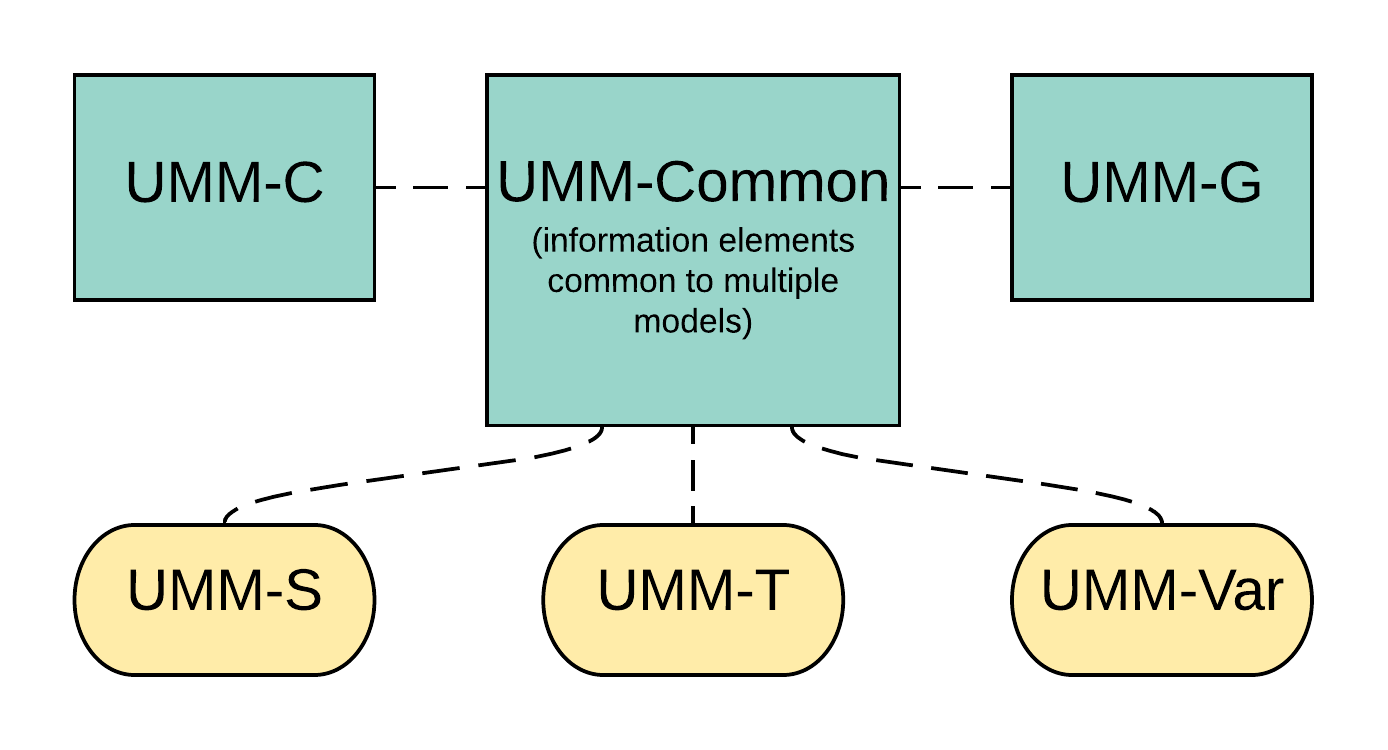 For information regarding UMM-S, please refer to the CMR Documents page and the UMM-S Curator's Guide.

For information regarding UMM-T, please refer to the CMR Documents page. Information on how to generate UMM-T records can be found in the MMT User's Guide.

Each wiki page is structured as follows:

There is a separate wiki page for each high-level metadata concept in the UMM. Click on the expandable tables below to view a listing of available metadata concepts and access the documentation for each concept:

Additionally, there are some metadata concepts in CMR supported metadata standards that are not included in the UMM. Please refer to this wiki page for a list of ECHO 10 and DIF 10 metadata elements that do not translate to the UMM.

Below are additional resources regarding the UMM and the CMR: