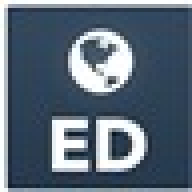 A Digital Object Identifier or DOI is a unique alphanumeric string used to identify an digital object and provide a permanent link online.  DOIs are often used in online publications in citations.  DOIs are assigned and regulated by The International DOI Foundation (IDF). ()
DOIs are alphanumeric strings in the following format:
–doi:[prefix]/[suffix]
Prefix – 10.[number] where [number] identifies registrant agent.  5067 has been assigned for NASA ESDIS.
Suffix – uniquely identifies the data item and it’s format is assigned and managed by the registrant agent.
DOIs provide persistent identification, enabling easier access to research data.  Citation of data products increase when the DOI is stored in the product's metadata thereby increasing its value.
DOIs are resolved by entering the full DOI name into http://dx.doi.org/.  Entering the DOI name in the "doi" and clicking "Go" will take the user to the product landing page that corresponds to the product that goes with that DOI.

There is an online tool that can generate a citation by entering the doi and selecting the appropriate journal and language.

For example, the 10.5067/AURA/HIRDLS/DATA101 for the American Geological Union in American English:

It is ESDIS policy to embed DOIs in the metadata of its science data products where applicable.  Researchers that acquire product data files should be able use the DOI to find the definitive documentation from NASA’s Scientific and Technical Information archives. Also when stored in the product metadata, a DOI can increase the verification and validation of scientific results thereby enabling provenance tracking and the discovery of information regarding the life cycle of the data product referenced in a publication.

Existing metadata structures can accommodate the addition of EOSDIS product and file level identifiers in multiple ways. The purpose of this technical review is to examine various aspects of each and a combination of multiple implementations.

The product data files will contain a file level attribute for the DOI. The global file-level attribute is required for the user convenience (e.g., viewing with standard exploratory tools).

The associated EOSDIS core metadata and metadata files should also contain a Product Specific Attribute (PSA) for the DOI (e.g., to enable applications).

The production software will put the "identifier_product_doi" PSA and its value in the granule metadata files and in the HDF files.

An additional attributed would define the authoritative service for use with DOI values in resolving to the URL location. Adding this attribute to HDF metadata will allow more complete mapping to netCDF and to ISO standard metadata structures.

The most valuable place for this attribute is in the HDF files, so it should be added at the file level as well as the PSA level.

The value of the attribute would be "http://dx.doi.org/"